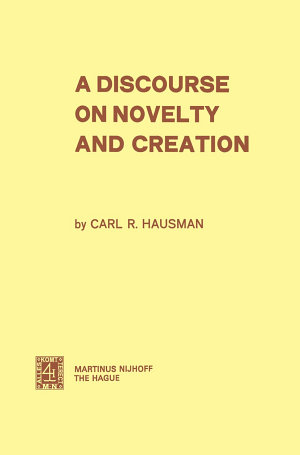 Over the past two decades, the number of studies of creativity has in creased enormously. Although these studies represent a wide variety of perspectives, the largest proportion of them falls within the province of the social and behavioral sciences. Perhaps this is due to the impetus of experimental psychologists, who recognized the special problems that arise when originality is treated under a general theory of cognition. But what ever the reason, human creativity has come to be viewed as one of the major concerns of the twentieth century. It has been referred to as the most pressing problem of our time. In spite of the importance of the topic, few philosophers have either analyzed or speculated systematically about creativity, as a distinct topic. This neglect may be the expression of a tacit and sometimes explicit con viction that creativity must be taken for granted and not subjected to analytic scrutiny. In any case, the determination of so many behavioral and social scientists not to fall behind in the search for understanding creativity has led to a proliferation of publications that are unrelated to one another and that lack dearly ordered and reflective consideration of what creativity is. Too few writers have either acknowledged or examined what they presuppose about creative acts, about human activity, and a bout the nature of explanation when they focus on so complex a phenome non as creativity.