Excerpt from Electrical Traction, Vol. 2 of 2 IN CE the first edition of Electrical Traction was published in 1897, progress in this branch of electrical engineering has been extremely rapid, though not perhaps such as to satisfy its most ardent advocates. This advance has been so great that it has been found necessary, in preparing a second edition, practically to rewrite the entire book; in so doing, the extent of the ground to be covered has, in the authors' opinion, justified a considerable enlargement of the original volume. The present book has been arranged in two parts, the first of which deals with the application of direct current electricity to traction both for tramways and for railways, and the second of which is devoted to the Similar application of alternating currents. Although this forms a natural division of the subject, the installations in which direct current is employed are so much more numerous than those using alternating currents that the division is somewhat unequal. The authors have, however, preferred to adhere to this plan, rather than arrange the matter in a single volume or in two equal volumes, in the belief that in this way each volume, being practically self-contained and complete in itself, will be more acceptable to the engineering public. In dealing with the various systems of electrical traction the authors have avoided, as far as possible, any direct advocacy of one rather than another; but have endeavoured to point out impartially the advantages and disadvantages inherent in each system. There are comparatively few engineers in a position to make a decision of such importance, and since any such decision should be based upon the consideration of all the various aspects of the case, the authors have made it their aim to present all the available information as to the apparatus obtainable, its design, efficiency and reliability, in such a way as to facilitate the work of responsible engineers. The authors are fully conscious that the book is incomplete in many respects, and that any practical engineer who has specialised in one particular branch of electrical traction will be able to point out gaps and possibly inaccuracies in the chapters dealing with that branch. Few people, however, have a special knowledge of the whole range of traction, and it is hoped that those who have specialised may find some fresh information in those branches with which they are not so familiar. For advanced students, also, who may intend to take up this subject, the first volume, and later perhaps the second volume, may be found useful. About the Publisher Forgotten Books publishes hundreds of thousands of rare and classic books. Find more at www.forgottenbooks.com This book is a reproduction of an important historical work. Forgotten Books uses state-of-the-art technology to digitally reconstruct the work, preserving the original format whilst repairing imperfections present in the aged copy. In rare cases, an imperfection in the original, such as a blemish or missing page, may be replicated in our edition. We do, however, repair the vast majority of imperfections successfully; any imperfections that remain are intentionally left to preserve the state of such historical works.

Authors: Ernest Wilson Francis Lydall
Categories: Technology & Engineering
Excerpt from Electrical Traction, Vol. 2 of 2 IN CE the first edition of Electrical Traction was published in 1897, progress in this branch of electrical engineering has been extremely rapid, though not perhaps such as to satisfy its most ardent advocates. This advance has been so great that it 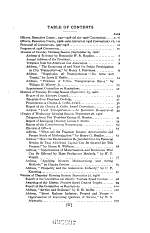 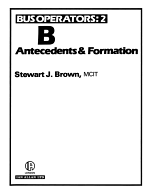 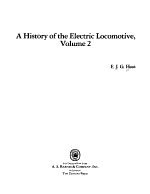 The Pictorial History of Electric Locomotives