The definitive biography of rap supergroup, Wu-Tang Clan, featuring decades of unpublished interviews and unparalleled access to members of the group and their associates This is the definitive biography of rap supergroup, Wu-Tang Clan (WTC). Widely regarded as one of the most influential groups in modern music--hip hop or otherwise--WTC has released seven albums [including four gold and platinum studio albums, as well as the genre-defining Enter the Wu-Tang (36 Chambers)] and has launched the careers of famous rappers like RZA, Ol' Dirty Bastard, Ghostface Killah, Method Man, and more. Beyond the musicians in the group itself, WTC has also collaborated with many of the biggest names in the game-from Busta Rhymes and Redman to Nas and Kanye West), and one is hard pressed to find a group who's had a bigger impact on the evolution of the hip hop genre. S.H. Fernando, Jr. is a journalist who has interviewed WTC several times over the past several decades for publications like Rolling Stone, Vibe, and The Source. Over the years, he has "built up a formidable archive--including over 100 pages of unpublished transcribed interviews, videos of the group in action in the studio, and several notepads of accumulated memories and observations." The result is a startling portrait of innovation, collaboration, and adversity, giving us unparalleled access to the highs and lows of the WTC's illustrious career so far. And this book doesn't shy away from controversy--along with stories of the group's musical success, we're also privy to stories from their childhoods in the crime-and-cocaine infested hallways of Brooklyn and Staten Island housing projects, stints in Rikers for gun possession and attempted murderer, and million-dollar contracts that led to recklessness and drug overdoses (including Ol' Dirty Bastard's untimely death). Even more than just a history of a single group, this book tells the story of a musical and cultural shift that encapsulates and then expands beyond NYC in the 20th and 21st centuries. Though there have been biographies written about the band, both from members (like RZA) and collaborators (like Cyrus Bozorgmehr), most of the material that's been published so far has either focused on a single member of the group's story, or a narrow timespan of their work. This book will not only feature interviews with all living WTC members and a comprehensive look at their discography, it also includes never-before-revealed insight into their childhoods and the neighborhoods that shaped them growing up. It's unique in its breadth, scope, and access--a must-have for fans of WTC and music bios more generally.

From the Streets of Shaolin 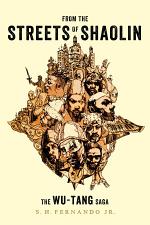 From the Streets of Shaolin

Authors: S. H. Fernando Jr.
Categories: Biography & Autobiography
This definitive biography of rap supergroup, Wu-Tang Clan, features decades of unpublished interviews and unparalleled access to members of the group and their associates. This is the definitive biography of rap supergroup and cultural icons, Wu-Tang Clan (WTC). Heralded as one of the most influential groups in modern music—hip hop 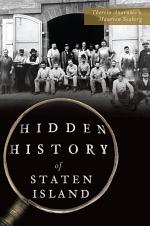 Authors: Theresa Anarumo, Maureen Seaberg
Categories: History
Take the ferry to this New York City borough and discover its colorful secrets, in a quirky history packed with facts and photos. Staten Island has a rich and fascinating cultural legacy that few people outside New York City's greenest borough know about. Chewing gum was invented on the island 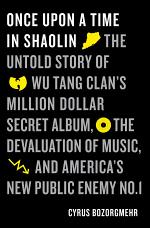 Once Upon a Time in Shaolin 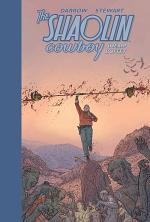 Authors: Geof Darrow
Categories: Comics & Graphic Novels
The action never lets up as a chainsaw of events pits the comic world's favourite Shaolin Cowboy against a legion of gourmets from the fourth level of hell, intent on turning America's finest youth into an endless buffet. Strap on your six-guns, gas up your chainsaw and hang on, 'cuz