Publisher: Mill of the Flea

THE FUNNIEST BOOK ON LIVING IN FRANCE, EVER. In this hilarious collection of cautionary tales and anecdotes, George East, being the first writer to discuss all the delights and drawbacks of finding, buying and restoring French property. HOME & DRY IN FRANCE follows the early adventures of George and Donella East as they make every mistake in the (not-then-written) book about how and how not to buy a second home across the Channel. Tellingly subtitled A YEAR IN PURGATORY, the book is much more than a listing of all the awful pitfalls awaiting the innocent abroad: it is the hilarious and always entertaining account of how a couple set out with a dream...and came close to turning it in to a nightmare. THIS BOOK is not a pale imitation of what has gone before. It is the first of its kind. It is of high quality in content as well as writing by a very experienced author. George is clearly one of the funniest writers of this age. TRY IT! And let us know what you think on this page.EXTRACT FROM HOME & DRY IN FRANCE ((c) George East 1994)Thus we encountered yet again one of the most basic laws and lores of French property buying: What you see and read about at home is not necessarily what you get to see in France. As it happened, and as our new agent Mark Berridge was eager to point out, there had been several minor drawbacks affecting the straight forward purchase of the cottage. One of them being the potential appearance of the original owner's eldest son in a bath towel in the lounge on alternate weekday nights. Which provided yet another valuable reminder of the diversity, complexity and sometimes apparent bloody-mindedness of French property laws. One of the many dating back to the Reign of Terror - and still consistently terrorising unwary and uninformed foreign purchasers - this particular beauty aimed to stop property falling back into the clutches of the accursed aristo minority. This was achieved by ensuring that the head of the family could not sign away his dependants' birthright without full consultation, arbitration and agreement with his direct heirs. In application, it now seems that virtually every blood relative of the property owner must be in total accord with the selling of part or whole of any property, be it ever so humble. In the case of our fisherman vendor, he had secured the approval of all his family to the proposed hiving off of the cottage next door - with the exception of the senior son. Given the expensive aid of the local notaire and an arbitration committee set up and chaired by the local mayor, an agreement had finally been reached vis à vis the sale. The son would agree to the transfer in exchange for his share of the sum changing hands, but would still retain a right of way from the main house to the family bathroom at the end of the building. This right and rite of passage would be internal rather than external, and would proceed via the living room of the new owners property at the times chosen by the holder, irrespective of dinner parties, family rows, sexual congress or other social functions taking place therein. So far, the agent told us, the fisherman fils had not taken up his option to parade through the parlour at an inconvenient moment, and - given certain alleged French attitudes to personal hygiene - might never do so; but it had been a factor for consideration in the transfer which we were probably better off not having to worry about...

Home and Dry in France Or a Year in Purgatory

Authors: George East
Categories: Dwellings
THE FUNNIEST BOOK ON LIVING IN FRANCE, EVER. In this hilarious collection of cautionary tales and anecdotes, George East, being the first writer to discuss all the delights and drawbacks of finding, buying and restoring French property. HOME & DRY IN FRANCE follows the early adventures of George and Donella 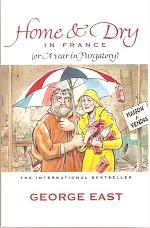 Authors: George East
Categories: Travel
This hilarious collection of cautionary tales and anecdotes,discusses all the delights and drawbacks of finding,buying and restoring French property. Significantly subtitled A Year in Purgatory,Home & Dry in France follows the initial adventures of our innocents abroad en route to their 18th-century water mill. 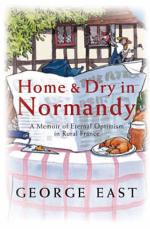 Authors: George East
Categories: Travel
The brilliantly entertaining true story of how one couple set out with a dream of moving to France - and got far more than they ever bargained for. HOME & DRY IN NORMANDY is the first of two books following the adventures of George and Donella East as they try 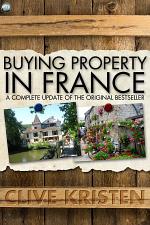 Authors: Clive Kristen
Categories: House & Home
Straightforward, practical and independent advice on a broad range of subjects related to French property, based on my own personal experience. This includes choices about buying and renting, the costs and intricacies of the legal processes, and how to avoid some of the pitfalls. 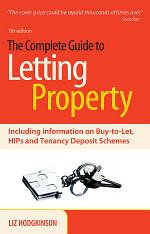 The Complete Guide to Letting Property

Authors: Liz Hodgkinson
Categories: Business & Economics
Despite the current financial climate, this book demonstrates how buying property to let can still be a sensible and profitable investment option. The Complete Guide to Letting Property includes comprehensive information on rental legislation including: the Tenancy Deposit Scheme, HIPs, safety and energy requirements for rental properties, and Landlord Accreditation