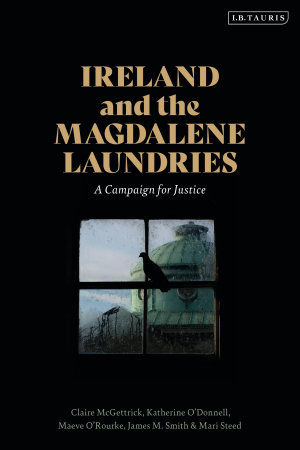 Between 1922 and 1996, over 10,000 girls and women were imprisoned in Magdalene Laundries, including those considered 'promiscuous', a burden to their families or the state, those who had been sexually abused or raised in the care of the Church and State, and unmarried mothers. These girls and women were subjected to forced labour as well as psychological and physical maltreatment. Using the Irish State's own report into the Magdalene institutions, as well as testimonies from survivors and independent witnesses, this book gives a detailed account of life behind the high walls of Ireland's Magdalene institutions. The book offers an overview of the social, cultural and political contexts of institutional survivor activism, the Irish State's response culminating in the McAleese Report, and the formation of the Justice for Magdalenes campaign, a volunteer-run survivor advocacy group. Ireland and the Magdalene Laundries documents the ongoing work carried out by the Justice for Magdalenes group in advancing public knowledge and research into Magdalene Laundries, and how the Irish State continues to evade its responsibilities not just to survivors of the Magdalenes but also in providing a truthful account of what happened. Drawing from a variety of primary sources, this book reveals the fundamental flaws in the state's investigation and how the treatment of the burials, exhumation and cremation of former Magdalene women remains a deeply troubling issue today, emblematic of the system of torture and studious official neglect in which the Magdalene women lived their lives. The Authors are donating all royalties in the name of the women who were held in the Magdalenes to EPIC (Empowering People in Care). 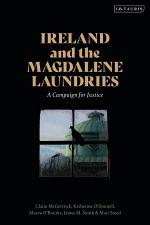 Ireland and the Magdalene Laundries

Authors: Claire McGettrick, Katherine O’Donnell, Maeve O'Rourke, James M. Smith, Mari Steed
Categories: History
Between 1922 and 1996, over 10,000 girls and women were imprisoned in Magdalene Laundries, including those considered 'promiscuous', a burden to their families or the state, those who had been sexually abused or raised in the care of the Church and State, and unmarried mothers. These girls and women were 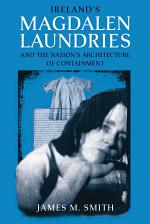 Ireland's Magdalen Laundries and the Nation's Architecture of Containment

Authors: James M. Smith
Categories: Religion
The Magdalen laundries were workhouses in which many Irish women and girls were effectively imprisoned because they were perceived to be a threat to the moral fiber of society. Mandated by the Irish state beginning in the eighteenth century, they were operated by various orders of the Catholic Church until 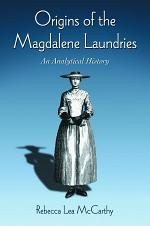 Origins of the Magdalene Laundries

Authors: Rebecca Lea McCarthy
Categories: History
The convents, asylums, and laundries that once comprised the Magdalene institutions are the subject of this work. Though originally half-way homes for prostitutes in the Middle Ages, these homes often became forced-labor institutions, particularly in Ireland. Examining the laundries within the context of a growing world capitalist economy, the work 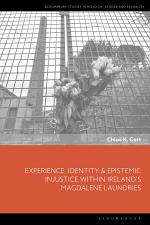 Authors: Chloe K. Gott
Categories: Religion
How are the identities of women shaped by religious disciplinary processes in Magdalene laundries and how do women re-engage with their sense of self after leaving the institutions? Chloë K. Gott situates these questions within the current cultural climate in which the institutions now sit, considering how they fit into 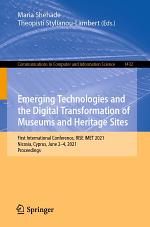 Emerging Technologies and the Digital Transformation of Museums and Heritage Sites

Authors: Maria Shehade, Theopisti Stylianou-Lambert
Categories: Application software
This book constitutes the post-conference proceedings of the First International Conference on Emerging Technologies and the Digital Transformation of Museums and Heritage Sites, RISE IMET 2020, held in Nicosia, Cyprus, in June 2021*. The 23 revised full papers were carefully reviewed and selected from 38 submissions. The papers are organized