The Legends in Consumer Behavior series captures the essence of the most important contributions made in the field of consumer behavior in the past several decades. It reproduces the seminal works of legends in the field, which are supplemented by interviews of these legends as well as by the opinions of other scholars about their work. The series comprises various sets, each focusing on the multiple ways in which a legend has contributed to the field. This fourth set in the series, consisting of six volumes, is a tribute to James R. Bettman, one of the most prolific contemporary consumer behavior and marketing scholars. James R. Bettman is Burlington Industries Professor of Business Administration at the Fuqua School of Business and Professor of Psychology and Neuroscience at Duke University. He received his BA (Mathematics-Economics) and PhD (Administrative Sciences) from Yale University. Prior to his appointment at Duke, he was on the faculty at UCLA. His research focuses on consumer information processing and decision making, particularly constructive preferences, how decision makers adapt to different situations, effects of emotion and stress on decision making, the role of nonconscious processes in consumer behavior, and how people use consumption in forming identities. His publications include two books, An Information Processing Theory of Consumer Choice and The Adaptive Decision Maker, and a monograph, Emotional Decisions: Tradeoff Difficulty and Coping in Consumer Choice. His research papers (over 120) appear in journals in marketing, consumer research, psychology, management, and neuroscience. He is a member of the editorial review boards for the Journal of Consumer Research and Journal of Consumer Psychology, is an associate editor for the Journal of Marketing Research, and has previously served as co-editor for the JCR, and also as an editor of its monographs. Bettman has been recognized for his PhD mentorship throughout his career, receiving the Duke University Dean''s Award for Excellence in Mentoring in 2006. He has chaired or co-chaired 40 PhD committees at Fuqua and UCLA. He is a Fellow of the American Psychological Association, the American Psychological Society, and the Association for Consumer Research. The series is edited by Jagdish N. Sheth who is the Charles H. Kellstadt Professor of Marketing in the Goizueta Business School at Emory University, Georgia, U.S.A. He is the Past President of the Association for Consumer Research, as well as Division 23 (Consumer Psychology) of the American Psychological Association. He is also a Fellow of APA. Professor Sheth is the co-author of the Howard-Sheth Theory of Buyer Behavior, a classic in consumer behavior published in 1969. This set includes: Volume 1: Consumer Information Processing: Decision Making Edited by: John G. Lynch, Jr. Volume 2: Consumer Information Processing: Marketing Applications Edited by: Mita Sujan Volume 3: Adaptive Decision Making Edited by: John W. Payne Volume 4: Emotion, Adaptive Decision Making and Consumer Behavior Edited by: Mary Frances Luce Volume 5: Recent Work on Consumer Information Processing Edited by: Itamar Simonson Volume 6: Attitude, Identity, and Influence Edited by: Jennifer E. Escalas

Authors: Jagdish N. Sheth
Categories: Business & Economics
The Legends in Consumer Behavior series captures the essence of the most important contributions made in the field of consumer behavior in the past several decades. It reproduces the seminal works of legends in the field, which are supplemented by interviews of these legends as well as by the opinions 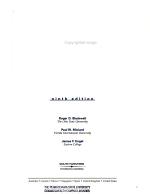 Authors: Roger D. Blackwell, Paul W. Miniard, James F. Engel
Categories: Business & Economics
A textbook which focuses on economic, demographic and sociocultural trends, serving to alert students to the many aspects that impact buyer behaviour and long-term strategic planning. The EKB model as well as core chapter information, has been updated to reflect the impact of technology on consumer behaviour. In addition, there 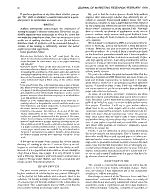 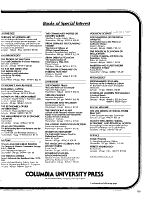 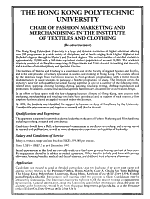