Mr. Meeson's Will is the story of mean Mr. Meeson, the greedy and wealthy owner of a publishing house. Augusta Smithers is a young writer who enters into an unfair contract with Meeson. In order to make a fresh start she boards a steamer bound for New Zealand only to find her enemy is on the same ship. After a collision with a whaler Augusta, Meeson and several others are washed up on one of the lonely Kerguelen Islands, in the south Indian Ocean. Before his death Meeson tattoos his will on Augusta's back. This leads to a very interesting court battle in the second half of the book."Now mark you, my masters: this is comedy."-OLD PLAY.Everybody who has any connection with Birmingham will be acquainted with the vast publishing establishment still known by the short title of "Meeson's," which is perhaps the most remarkable institution of the sort in Europe. There are-or rather there were, at the date of the beginning of this history-three partners in Meeson's-Meeson himself, the managing partner; Mr. Addison, and Mr. Roscoe-and people in Birmingham used to say that there were others interested in the affair, for Meeson's was a "company" (limited).However this may be, Meeson and Co. was undoubtedly a commercial marvel. It employed more than two thousand hands; and its works, lit throughout with the electric light, cover two acres and a quarter of land. One hundred commercial travellers, at three pounds a week and a commission, went forth east and west, and north and south, to sell the books of Meeson (which were largely religious in their nature) in all lands; and five-and-twenty tame authors (who were illustrated by thirteen tame artists) sat-at salaries ranging from one to five hundred a year-in vault-like hutches in the basement, and week by week poured out that hat-work for which Meeson's was justly famous. Then there were editors and vice-editors, and heads of the various departments, and sub-heads, and financial secretaries, and readers, and many managers; but what their names were no man knew, because at Meeson's all the employees of the great house were known by numbers; personalities and personal responsibility being the abomination of the firm. Nor was it allowed to anyone having dealings with these items ever to see the same number twice, presumably for fear lest the number should remember that he was a man and a brother, and his heart should melt towards the unfortunate, and the financial interests of Meeson's should suffer. In short, Meeson's was an establishment created for and devoted to money-making, and the fact was kept studiously and even insolently before the eyes of everybody connected with it-which was, of course, as it should be, in this happy land of commerce. After all that has been written, the reader will not be surprised to learn that the partners in Meeson's were rich beyond the dreams of avarice. Their palaces would have been a wonder even in ancient Babylon, and would have excited admiration in the corruptest and most luxurious days of Rome. Where could one see such horses, such carriages, such galleries of sculpture or such collections of costly gems as at the palatial halls of Messrs. Meeson, Addison, and Roscoe?"And to think," as the Mighty Meeson himself would say, with a lordly wave of his right hand, to some astonished wretch of an author whom he has chosen to overwhelm with the sight of this magnificence, "to think that all this comes out of the brains of chaps like you! Why, young man, I tell you that if all the money that has been paid to you scribblers since the days of Elizabeth were added together it would not come up to my little pile; but, mind you, it ain't so much fiction that has done the trick-it's religion. It's piety as pays, especially when it's printed."

Authors: Sir H Rider Haggard
Categories:
Mr. Meeson's Will is the story of mean Mr. Meeson, the greedy and wealthy owner of a publishing house. Augusta Smithers is a young writer who enters into an unfair contract with Meeson. In order to make a fresh start she boards a steamer bound for New Zealand only to

Authors: Sir H Rider Haggard
Categories:
We are delighted to publish this classic book as part of our extensive Classic Library collection. Many of the books in our collection have been out of print for decades, and therefore have not been accessible to the general public. The aim of our publishing program is to facilitate rapid 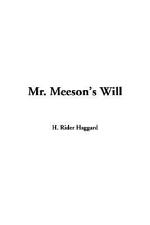 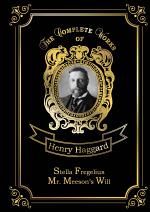 Authors: Haggard H.R.
Categories: Fiction
Sir Henry Rider Haggard was an English writer of adventure novels set mostly in Africa, and a founder of the Lost World literary genre. Stella Fregelius is a story of the overlapping fates of three people in a northern coastal region of England. The story follows Morris Monk, an aspiring 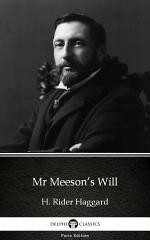 Why Do Trains Stay on Track? Train Books for Kids | Children's Transportation Books 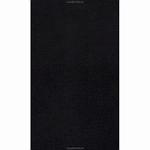 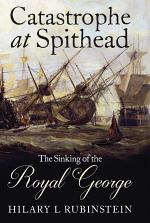 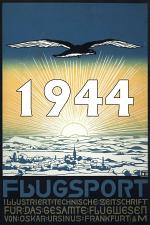