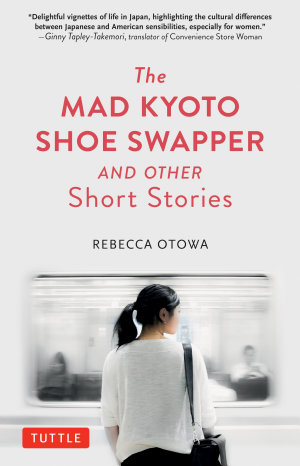 "Otowa has woven a series of delightful vignettes of life in Japan, from a true historical story of feuding villages to a man who steals shoes at temples…and some highlighting the cultural differences between Japanese and American sensibilities, especially for women." — Ginny Tapley-Takemori, translator of Convenience Store Woman From the unique standpoint of an American woman who married into a Japanese family and has lived in Japan for more than thirty years, Rebecca Otowa weaves enchanting tales of her adopted home that portray the perspective of both the Japanese and the foreigner on the universal issues that face us all—love, work, marriage, death, and family conflict. The collection includes: A Year of Coffee and Cake—A young American wife in the Tokyo suburbs suspects her next-door neighbor of murdering an elderly relative. Rhododendron Valley—An elderly man decides to commit suicide to deal with his terminal illness and to spare his family pain. The Mad Kyoto Shoe Swapper—A reclusive young Japanese man enjoys the strange hobby of stealing shoes from temples, but it gradually consumes him. Genbei's Curse—A downtrodden woman loses her temper with her demanding, sick father-in-law. Years later, old and sick herself, she can now empathize with him. Trial by Fire—A true story passed down through the author's family of a gruesome trial to settle a land dispute in 1619. Love and Duty—The Japanese custom of "duty chocolates" (chocolates gifted by women to men on Valentine's Day) has repercussions for an American and a Japanese woman. Uncle Trash—Told in the form of newspaper articles, this is the story of an old man, his hoarding addiction, the annoyance it brings his family, and his eventual revenge. Watch Again—A man starts stalking his ex-wife and learns something about himself in the process. Three Village Stories—A tea ceremony teacher, a vengeful son, and an old man ostracized by his community are the protagonists in three vignettes of village life. The Rescuer—After meeting his death in a train accident, a young man finds himself in the position of rescuing others from the same fate. Showa Girl—Based on a true story from the author's family, a girl of fifteen has an arranged marriage with an older man just back from a POW camp in Russia in 1948. Rachel and Leah—An older American woman reflects on her long and not always happy marriage to a Japanese man. The Turtle Stone—Going from the 1950s to the present, this is the story of one man's efforts to keep the family cake shop alive in a Kyoto that is constantly modernizing. Illustrated throughout with the author's own black-and-white drawings, this captivating volume offers a unique and lovingly rendered insight into everyday life in modern Japan. 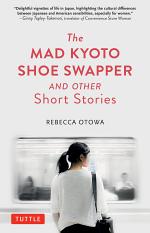 The Mad Kyoto Shoe Swapper and Other Short Stories

Authors: Rebecca Otowa
Categories: Fiction
"Otowa has woven a series of delightful vignettes of life in Japan, from a true historical story of feuding villages to a man who steals shoes at temples…and some highlighting the cultural differences between Japanese and American sensibilities, especially for women." — Ginny Tapley-Takemori, translator of Convenience Store Woman From