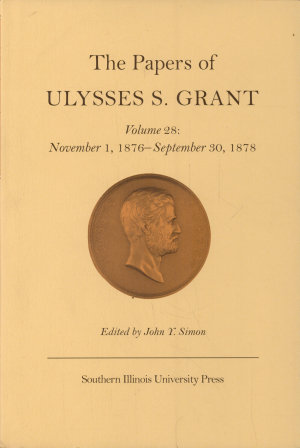 In his eighth and final annual message to Congress, Ulysses S. Grant reminded the nation that it was his "fortune or misfortune, to be called to the office of Chief Executive without any previous political training." The electoral crisis that dominated Grant's last months in office left little room for political error. On November 7, 1876, Democrat Samuel J. Tilden won the popular vote, but Republican Rutherford B. Hayes could claim the presidency by a single electoral vote if he captured all disputed electors from Florida, Louisiana, South Carolina, and Oregon. Uncertainty gave way to deadlock as the crisis deepened. Grant's mail included a steady trickle of anonymous threats. In late January 1877, Grant signed a bill creating an electoral commission to end the dispute. Hayes won all disputed electors and succeeded Grant without incident. Out of the White House, without a settled home, the Grants spent two months visiting family and friends before embarking on their long-planned European tour. On May 17, Grant left Philadelphia aboard the steamer Indiana. When he arrived at Liverpool, crowds thronged the docks and streets to give him a hero's welcome, and Londoners welcomed Grant with similar enthusiasm. In July, the Grants crossed to Belgium, traveled through Germany, and summered in the Swiss Alps and the lakes of northern Italy. Back in Great Britain, they toured Scotland and northern England, then visited daughter Ellen Grant Sartoris at Warsash, the Sartoris country home near Southampton. Grant spent November in Paris, later writing "no American would stay in Paris if he found himself the only one of his countrymen there." The Grants wintered in the Mediterranean, sailing down the Italian coast to Sicily, where they spent Christmas, then to Alexandria, and a long trip up the Nile. The party toured the Holy Land, visited Constantinople and Athens, and spent a month in Italy. After another month in Paris, the Grants were off to Holland, Germany, Scandinavia, Russia, Austria, and Switzerland, exploring the Alps again before returning to Paris in September, 1878, to ponder their next move. Abroad and out of office, Grant freely talked about the war and his presidency. Several interviews stirred controversy in America and stoked talk of a third term in 1880, despite Grant's own protestation: "I never wanted to get out of a place as much as I did to get out of the Presidency." The Grants had seen Europe. Now they faced a choice between home and a journey to distant Asia. 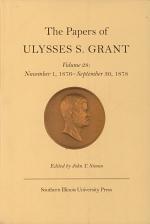 Authors: Ulysses Simpson Grant
Categories: Biography & Autobiography
In his eighth and final annual message to Congress, Ulysses S. Grant reminded the nation that it was his "fortune or misfortune, to be called to the office of Chief Executive without any previous political training." The electoral crisis that dominated Grant's last months in office left little room for 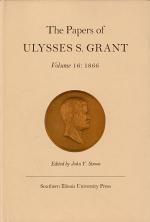 Authors: Ulysses S. Grant
Categories: Biography & Autobiography
Ulysses S. Grant as symbol became as important in peace as he had been in war. The nation rewarded Grant with the rank of full general, the first U.S. officer to hold the rank since George Washington. Disliking politics, Grant sought to avoid the growing controversy over Reconstruction policy. Although 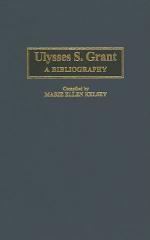 Authors: Marie Ellen Kelsey
Categories: History
In Ulysses S. Grant: A Bibliography, Dr. Kelsey has created an invaluable resource for Grant scholars. The bibliography consists of twenty chapters covering Grant's early life, his careers both as soldier and as president, his associations with various individuals, his post-presidency activities, the role alcohol played in his life, his 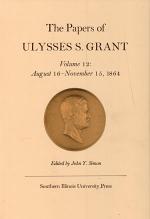 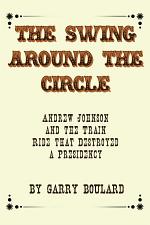 The Swing Around the Circle

Authors: Garry Boulard
Categories: History
In 1866, President Andrew Johnson was trying to find solutions to a bewildering array of immediate post-Civil War challenges: what to do about the recently liberated slaves, how to bring the South back into the Union, whether or not former members of the Confederacy should be pardoned and forgiven for