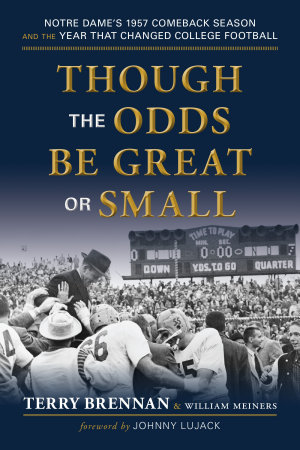 On November 16, 1957, an unranked Notre Dame football team squared off against the No. 2 Oklahoma Sooners. It was supposed to be an easy Sooners win. But despite being 19-point underdogs, the Fighting Irish, guided by their young and tenacious coach Terry Brennan, maneuvered their way to a 7–0 upset, ending the Sooners’ NCAA-record 47-game winning streak. Though the Odds Be Great or Small chronicles the story of legendary coach Terry Brennan, from his days as a player at Notre Dame under Frank Leahy, to his selection as the head coach in 1954, to the high-intensity comeback season of 1957 in which Notre Dame finished in the top 10 overall. This book provides the social, cultural, and athletic context to understand college football before and after 1957—a year that changed how the game was played at Notre Dame for decades. The 1957 season remains one of the most important seasons in Notre Dame football’s storied history. In Though the Odds Be Great or Small, Coach Brennan shares his version of what happened in the trenches and on the sidelines during a time when a college football game had the power to keep an entire country on the edge of its seat.

Though the Odds Be Great Or Small 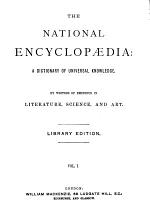 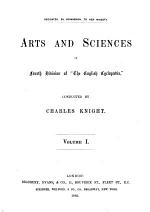 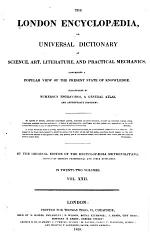 A London Encyclopaedia, Or Universal Dictionary of Science, Art, Literature and Practical Mechanics 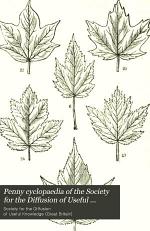 Penny Cyclopaedia of the Society for the Diffusion of Useful Knowledge