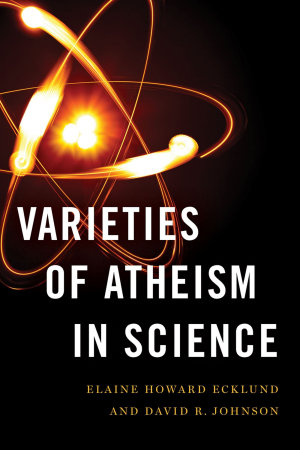 A significant number of Americans view atheists as immoral elitists, aloof and unconcerned with the common good, and they view science and scientists as responsible. Thanks in large part to the prominence and influence of New Atheists such as Richard Dawkins, Sam Harris, Daniel Dennett, and Sam Hitchens, New Atheism has claimed the pulpit of secularity in Western society. New Atheists have given voice to marginalized nonreligious individuals and underscored the importance of science in society. They have also advanced a derisive view of religion and forcefully argued that science and religion are intrinsically in conflict. Many in the public around the globe think that all scientists are atheists and that all atheist scientists are New Atheists, militantly against religion and religious people. But what do everyday atheist scientists actually think about religion? Drawing on a survey of 1,293 atheist scientists in the U.S. and U.K., and 81 in-depth interviews, this book explains the pathways that led to atheism among scientists, the diverse views of religion they hold, their perspectives on the limits to what science can explain, and their views of meaning and morality. The findings reveal a vast gulf between the rhetoric of New Atheism in the public sphere and the reality of atheism in science. The story of the varieties of atheism in science is consequential for both scientific and religious communities and points to tools for dialogue between these seemingly disparate groups.