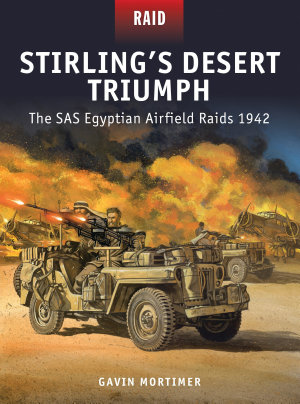 Specially commissioned artwork, archive photographs and expert analysis combine to tell the absorbing story of the SAS's legendary raid on Sidi Haneish at the height of World War II. The night of July 26, 1942 saw one of the most audacious raids of World War II, just as the outcome of that conflict hung in the balance. In North Africa, a convoy of 18 Allied jeeps carrying Special Air Service personnel appeared out of the early-morning darkness and drove onto the Axis landing strip at Sidi Haneish in the Egyptian desert. Within the space of a few savage minutes 18 Axis aircraft were ablaze; a dozen more were damaged and scores of guards lay dead or wounded. The men responsible for the raid then vanished into the night as swiftly as they had arrived, prompting the Germans to dub the enemy leader, David Stirling, 'The Phantom Major'. Featuring full-colour artwork, gripping narrative and incisive analysis, this engaging study recounts the origins, planning, execution and aftermath of the daring raid that made the name of the SAS at the height of World War II. 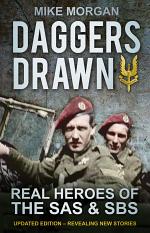 Authors: Mike Morgan
Categories: History
Thirty vivid stories, including some new and previously unpublished, supported by an updated selection of rare archive and action photographs, explore the larger-than-life escapades of the Special Air Service in the Second World War. From an SAS Jeep patrol in France, outnumbered fifty-to-one, who shot their way out to safety 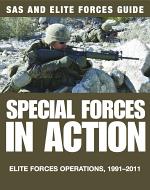 Authors: Alexander Stillwell
Categories: History
In 1991 the United States and coalition forces liberated Kuwait after its brief occupation by Saddam Hussein’s Iraq. One of the abiding memories of that conflict was the activities of the coalition’s special forces soldiers deep in Iraq, hunting down SCUD missiles and their launchers before they could be fired 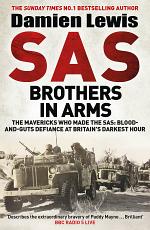 Authors: Damien Lewis
Categories: Biography & Autobiography
Damien Lewis's new bestseller tells the action-packed, riveting story of the band of mavericks and visionaries who made the SAS. Using hitherto untold stories and new archival sources, Damien Lewis follows one close-knit band of warriors from the SAS foundation through to the Italian landings - chronicling the extraordinary part 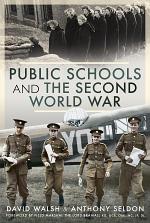 Authors: Anthony Seldon, David Walsh
Categories: History
Following on from Public Schools and the Great War, Sir Anthony Seldon and David Walsh now examine those same schools in the Second World War. Privileged conservative traditions of private schools were challenged in the inter-war years by the changing social and political landscape, including a greater role for the 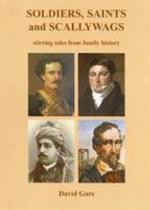 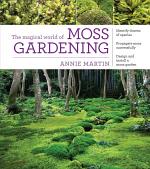 The Magical World of Moss Gardening 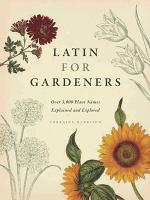 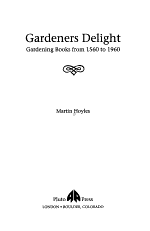